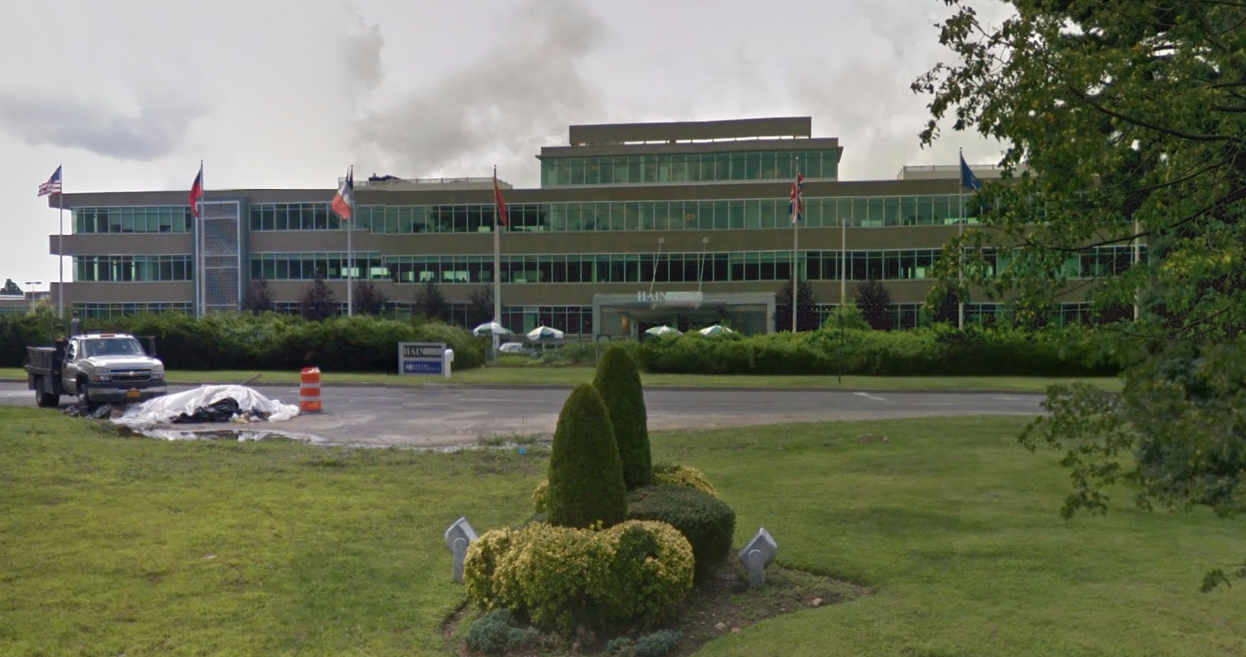 Lockheed Martin is cleaning up contamination at this office complex at 1111 Marcus Ave. in Lake Success. (Photo from Google Maps)

Lockheed Martin must test for radioactive materials at a Lake Success office building it owns after radium was found in soil being removed from the site, state authorities said Friday.
Three of four samples from the affected truckload of soil tested positive for radium on June 27 at levels beyond what is naturally occurring, the state Department of Environmental Conservation said in a news release.
The contamination “poses no threat to drinking water in the area,” the agency said.

“There were no radiation readings before the excavation began, and there is minimal risk of exposure,” Mékell Mikell, a Lockheed Martin spokeswoman, said in a statement. “The worksite area is fenced and secured from the public.”

The DEC ordered Lockheed Martin, a national defense contractor, to check for radium, uranium and other radioactive materials in its 17 wells at 1111 Marcus Ave. and submit a “comprehensive analysis” of any prior use of radioactive materials there, the department said.
This is the first time radium has been detected at the 90-acre property was first used by the defense company Sperry as a weapons manufacturing plant, DEC officials said.
A “significantly elevated level” of radium was first detected in a truckload of soil excavated in May from a contaminated area measuring about 400 square feet, DEC officials said.
A Pennsylvania waste management facility rejected the truckload and returned it to Lake Success for further testing, the DEC said.
Lockheed Martin “self-disclosed” the radium discovery to the DEC, the state Department of Health, neighbors of the property and “other key stakeholders,” Mikell said.
Lockheed Martin started excavating soil from seven of 53 “areas of concern” in May. The Bethesda, Md.-based firm had expected to remove 275 truckloads of contaminated dirt and replace it with clean soil.
The DEC ordered Lockheed Martin to test soil from other excavation sites for radium, but none has been found so far, the department said.
At DEC’s direction, Lockheed Martin halted the excavation project as it conducts sampling and updates its excavation plan to address the presence of radioactive materials, the DEC said.
With oversight from the DEC, Lockheed Martin has handled legally mandated cleanup efforts at the Lake Success site since 1996. The contamination was caused by Sperry, which dumped degreasers and other industrial solvents into underground chambers called dry wells, leaking carcinogenic chemicals known as volatile organic compounds into the groundwater.
That created a 900-acre contamination plume that stretches to the north and west of the site, touching wells operated by the Manhasset-Lakeville Water District and the Water Authority of Great Neck North.
The detection of radium in Lake Success follows a June 22 Newsday report that radioactive materials were handled at the former Grumman Aerospace Crop. facility in Bethpage, despite DEC’s past statements that they were not.
The DEC will now identify industrial facilities across the state where radioactive materials may have been used and whether they leaked into the environment, the department said.

“While radium and other radioactive materials can be naturally occurring, and some detections in groundwater are not uncommon, DEC is continuing to aggressively pursue any potential sources of contamination and hold polluters accountable,” the DEC said in a news release.

Lockheed Martin officials have said the cleanup has cost the company more than $100 million over the last two decades. The firm will stay involved with the site until at least 2045 under an agreement with local water districts.
The property is among 98 active cleanup projects in Nassau County listed on the DEC’s state Superfund registry.
The United States government built the Marcus Avenue office complex in 1941. Northwell Health, the North Shore-based health care conglomerate, currently owns about half the office space and will take over the other half in 2045 under a deal with Massachusetts-based Waterstone Development, the current owner.

Find a Broker or Underwriter

Search by product, location or name
Report a Claim